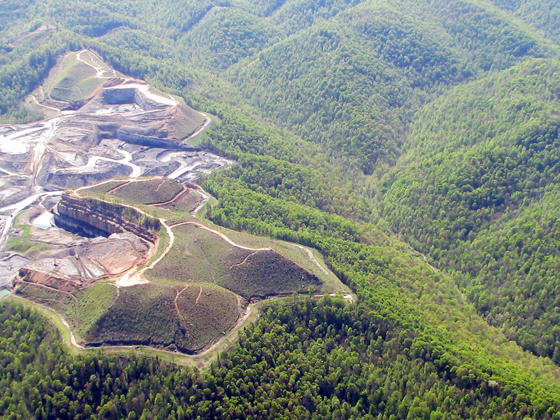 Citing the Clean Water Act, the EPA announced on January 13 that it would veto the permit for the Spruce No.1 Mine in Logan County, West Virginia, a proposed 2,278-acres mining project that would have buried about 7.5 miles of streams under mining rubble.

The Arch Coal project, which was originally permitted by the Army Corps of Engineers in 2007, would have been the largest mountain top removal project in the state.

“The proposed Spruce No. 1 According to Peter Silva, EPA assistant administrator, the mine would use dangerous and inefficient mining practices that jeopardize the safety of the Appalachian people and the clean water they depend on.

“Coal and coal mining are part of our nation’s energy future, and EPA has partnered with companies to design mining operations that adequately protect our nation’s water,” Silva continued,“We have responsibility under the law to protect water quality and safeguard the people who rely on clean water.”

The veto would not stop a smaller mining operation already begun at the site, but prevents further expansion of the strip mine.

Mountaintop removal mining involves scraping off the tops of ridges and peaks to access coal seams underneath. The rubble is typically dumped into adjacent valleys and often covers streams flowing through the valleys. The paddler’s advocacy group, American Whitewater, has described it as an “environmentally destructive practice that is harming communities and rivers across Appalachia.”

The EPA has estimate that the technique, most commonly used in the Appalachian mountains, will result in the leveling of 2,200 square miles of Appalachian forests by the year 2012

But EPA’s decision to block the Spruce Mine project might change that. An editorial published last Thursday in the New York Times said that if the Obama administration stands firm it might herald and end to mountaintop removal. “It should also be a warning to the mining industry that the days of getting its way, no matter the cost, are over,” the editorial board wrote.

Republican politicians and mining industry officials were not taking it lightly.

“The legislation I am bringing forward is simple,” Manchin told reporters. “If you have a company that has gone through all the legal permitting process, and you look at the 10 years they’ve gone through and the adjustments that were made. If that was a permit that shouldn’t have been issued, it should have not been issued seven or eight years ago.”

Kim Link, a spokeswoman for Arch Coal, said the company was “shocked and dismayed at EPA’s continued onslaught with respect to this validly issued permit.” The mining company filed a legal challenge against the EPA’s review of the mining permit.