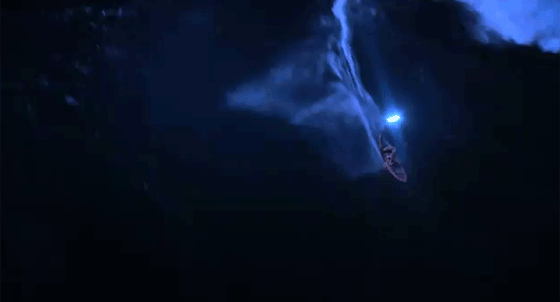 Visser had LED lights embedded in his life jacket and submarine lights in his surfboard. A helicopter followed him with a spotlight.

“It wasn’t until I saw the pictures I realized how big it was,” Visser said afterwards. “This project has been two years in the planning and it was the scariest, but most exciting thing I have ever done. Riding in complete darkness meant I had to travel off feeling. I had to zone out from however you unremarkably ride and simply be a part of the wave. i’m thus tense to realize one thing that nobody thought doable which i used to be told couldn’t be done.”

As publicity stunts go, I’d say it was a hit. What’s next? Sharks in the water? Oh, wait, those where already there. How about handcuffed?