Reviews > Everything else > The Death Grin 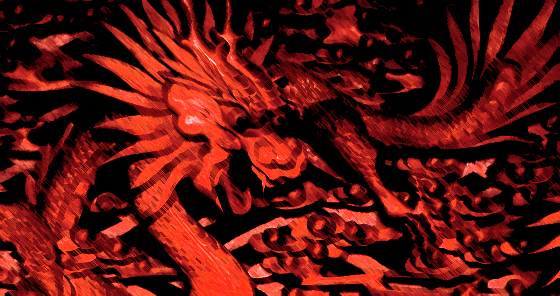 Dragon carving from a temple in Yunan, China.

The dentist grinned at me. He was missing teeth. Several teeth.

He stood in front of a small, sturdy building in a dusty town in southwestern China, sharpening some kind of pointed tool on stone wheel. Like his stone-block office, he was short and sturdy, stolid in the way that’s required for pinning a man down and pulling out his teeth.

I rubbed my jaw and wondered how may teethed he’d yanked over the years. Did he pull his own teeth? I stared at the black holes in his grin. I was 30 years old, too young to go toothless.

Yet my body was falling apart.

My fiancé Monica and I had been traveling around Asia for six weeks, to Hong Kong to visit family, to Thailand for rock climbing and scuba diving, then on to backpacking around southwest China. We’d saved for two years to fund the trip and it was supposed to be our blowout farewell tour of Asia, after nearly 5 years of living in Japan.

Medically speaking, things had not gone as planned. Soon after arriving in Thailand, my foot started aching and my pinkie toe became inflamed and swollen. Within a couple of days, puss-filled blisters emerged all over the toe, making it look like some exotic plant had fruited from my foot.

A friendly doctor at a Bangkok clinic asked where I’d traveled as he appraised my erupting toe.

“You have bad case of Hong Kong Foot,” he concluded. He gave me a tube of balm inscribed with indecipherable Thai characters and told me to keep the foot dry. In short, he told me to escape Bangkok.

We had arrived in Thailand’s capital city during Songkran, the yearly festival in which Thais roam the streets pouring water on anyone and everyone. The entire, smiling populace of the city seems armed with squirt guns, hoses and buckets. Fire trucks are commandeered for blasting innocent pedestrians. Swimming pools are emptied.

Once, fed up with the festivities and fearing for my toe, we fled to our room to get dry and escape the chaos of the streets. Hours later, clean and dry, we tried to sneak through back alleys to get some dinner, only to have a guy on a balcony dump a bucket of water on our heads.

Eventually, we escaped Bangkok and made it to Krabi, a southern province Thailand that’s home to the karst cliffs of Railay peninsula, an iconic limestone climbing area. My foot simmered down enough to squeeze it into a climbing shoe, but the infection lingered. After a overnight boat ride to Phi Phi, an island in the bay of Thailand know for its excellent scuba diving, the blisters came back.

While Monica explored the spectacular coral reefs of Thailand, I laid sweating in a hammock, foot up, nursing bottles of Singha and hoping the toe healed before we went trekking in China. It was also around then that I discovered the hazards posed by squat toilets and dehydration. But the details are unpleasant. 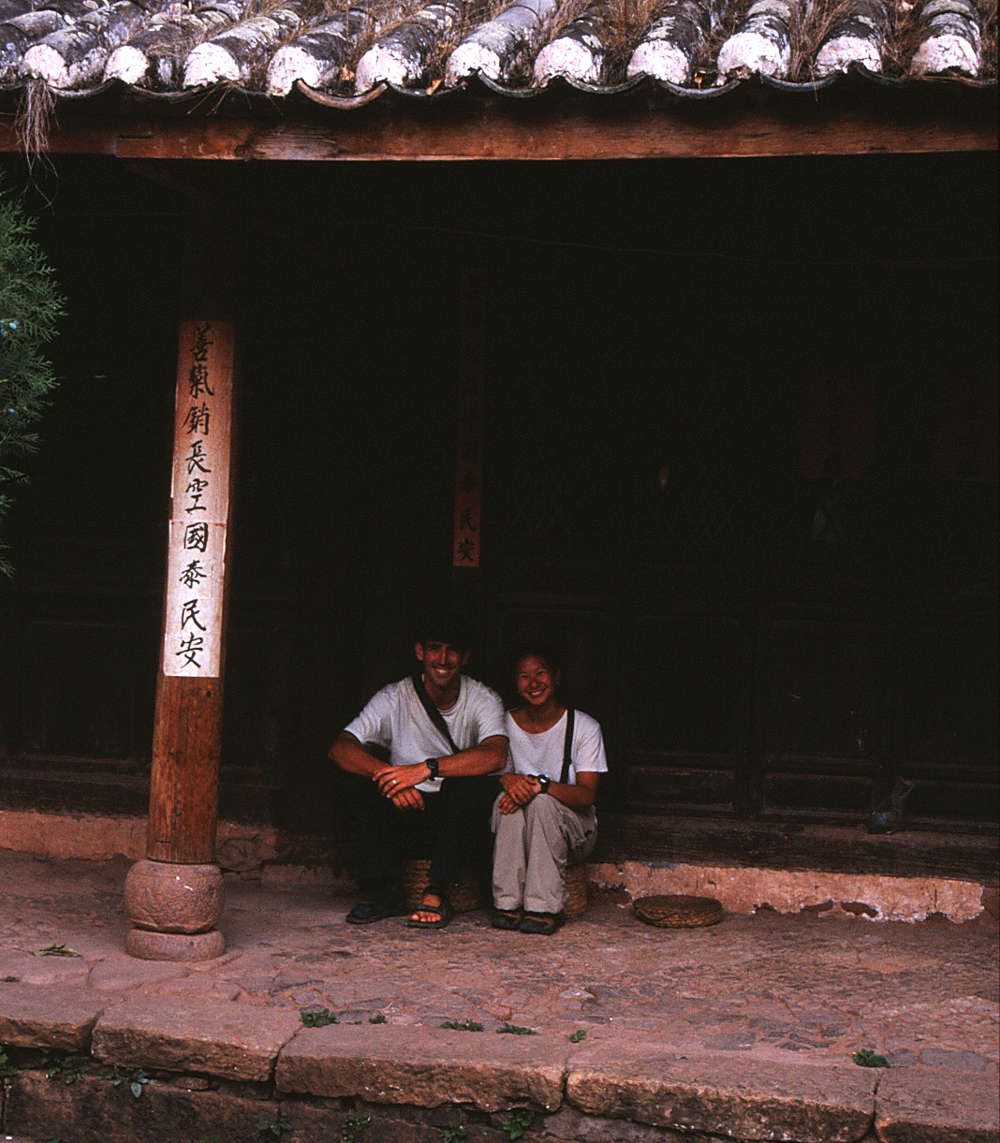 The author and his fiance, Monica, taking a backpacking break somewhere in southwest China. Notice the one sock, a futile attempt to keep a fiercely infected foot dry.

To my chagrin, when we left for southwest China after a month in Thailand, the foot infection held. The blisters came and went as we wound our way north from the city of Kunming, on cramped buses and trains. Hiking Tiger Leaping Gorge, a stunning river valley, I kept thinking of stories I’d heard about soldiers with trench foot. I worried they’d have to amputate.

Also, my head had started to hurt and I was nauseous in waves. I wondered if the infection wasn’t spreading to the rest of my body. On the steep sides of the gorge, we passed stone grave mounds decorated with white ribbons. I wondered if any of the deceased were felled by Hong Kong Foot. Did they bury foreigners in stone mounds? How would they get my body home?

After the hike, we made our way to a city, and visited a hospital. The doctor spoke enough English to take a medical history and ask where I’d traveled recently. He looked at me earnestly. 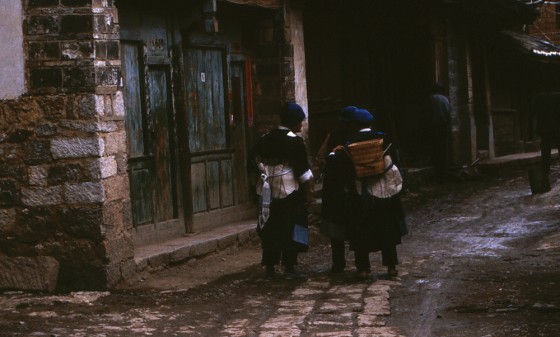 Things went downhill from there. The pain in my head got stronger and the waves of nausea were proceeded by a metallic smell, that warned me to stop whatever I was doing and find a place to curl up into a ball and hold my head. I soon realized I had an infected tooth. Another expat traveler told me that antibiotics would take the infection down and temporarily tamp the pain, but I thought I should get confirmation of this from a professional.

My infected foot wouldn’t fully heal for another six months, long after I’d returned to the United States, where doctors, backed by the full science authority of modern Western medicine, would essentially tell me I had some mysterious infection contracted in Asia. Keep it dry, I was told, and apply this balm.

And my tooth? When a bus dropped us in a dusty little town somewhere south of the ancient Chinese city of Dali, I asked around for a dentist and was directed to the stocky fellow with the missing teeth.

As I stood there on the narrow street watching the Chinese dentist sharpen his dental tools on a stone wheel, I contemplated having him pull my tooth. The pain from the infection was intense, some of the worst I’d felt. People all over the world had teeth pulled everyday. Was I too good to have my tooth pulled?

Then the dentist smiled, showing his remaining teeth floating in the black of his mouth like alabaster gravestones on a moonlit night. He could have been the same age as me when his first tooth went. He’d probably had no choice. Root canals and porcelain crowns didn’t exist out here on the edges of civilization where dentists sharpened their tools on stone wheels.

I hadn’t noticed the sound of the wheel at first, but as I contemplated the dentist and my options, the wheel the seemed to grow louder. It spun slowly round and round, wearing away the edge of the tool ever so slowly, filling the air with a rhythmic, incessant hiss. It was oppressive, that sound, and cruel.

I turned back the way I’d come and left the dentist to his sharpening. I needed to find some penicillin.