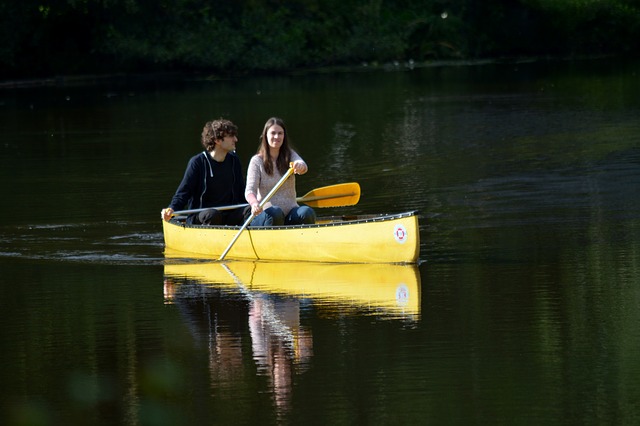 We all own the rivers, right?

Not so fast. Paddler’s rights to navigate Western rivers will be a matter of debate this spring.

Trouble’s brewing in Utah. More accurately, it’s brewed and has begun to froth. The state legislature is debating the rights of paddlers to navigate the state’s river, according to American Whitewater.

One bill, let’s call it “the one that doesn’t suck” would grant paddlers access to rivers and streams if they obtained a free online certificate and brought it with them on paddling trips. Land owners could not construct fences that put paddlers at risk or block river access at bridges.

The other bill, which we will refer to as “the one that doesn’t not suck,” would restrict paddler access to only a small number of rivers that have been used for a decade or more and meet other criteria.

Neither sounds great, but the latter sounds down right draconian. Visit the AW update for more details.

In neighboring Colorado, the state legislature is considering another bill that would protect the rights of commercial boaters to navigate rivers. By making it legal to portage obstacles in the river, the bill would make boaters safer, according to AW.

The legislation stems from the actions of a Texas businessman, Lewis Shaw, who wants to build an exclusive community on the Taylor River, near the towns of Crested Butte and Gunnison.

Paddlers, it seems, will disturb his genteel clientele as they frolic and fish. He threatened commercial rafting businesses with trespassing charges if they ran a section of the river that has been used by paddlers for decades.

The Colorado River Outfitters Association stepped up and worked with State Representative Kathleen Curry from Gunnison to put together the proposed law, known as the The River Outfitters Viability Act, which would clarify that commercial boaters have the right to float through private lands.

Some paddlers are skeptical of the bill, arguing that it remains unclear whether it would also protect private paddlers’ rights to navigate rivers as well. AW is pushing for an amendment that would make this explicit.

The bill was passed by the Colorado House Judiciary Committee, but has several more legislative hurdles to cross before a final vote.