Reviews > Everything else > Benoît Mandelbrot, rogue mathematician inspired by nature, dies at 85 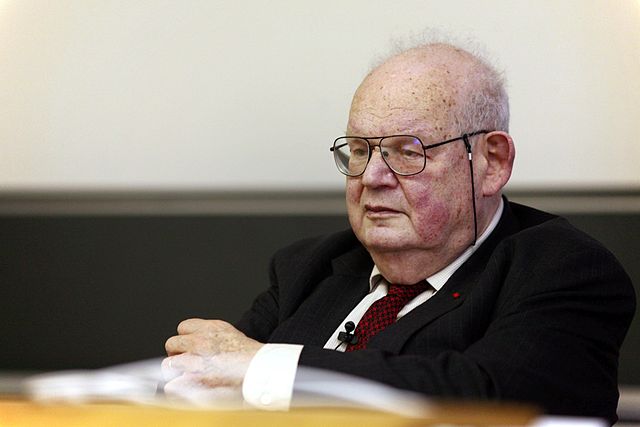 Benoît Mandelbrot, a mathematician with a rogue streak who found beauty in the roughness of nature, died last Thursday at 85.

By all accounts, Mandelbrot was an iconoclast, willing to follow his own curiosity when the field of mathematics was headed in a different direction. Instead of joining the herd in pursuit of more accepted lines of inquiry, he looked to nature for questions – and answers.

“Why is geometry often described as cold and dry?” Mandelbrot asked. “One reason lies in its inability to describe the shape of a cloud, a mountain or a tree.”

He is best know for his work on fractal geometry, based on the concept that the closer you study a seemingly smooth surface, the more texture you discover.

His worked allowed mathematics to better represent the mind-boggling complexity of nature. Initially written off as pretty but trivial, fractal geometry is now used in a range of scientific fields, from forest ecology to civil engineering.

His book The Fractal Geometry of Nature, first published in 1983, dug deep into the concept that rough geometric shapes can be split into parts, each of which is a smaller copy of the original. In studying fractals, he pioneered the use computer graphics, producing striking images bases on the Mandelbrot set, such as the one above, that captured popular imagination.

He was inspired to explore these ideas after considering the question: How long is the coast of England? The closer you look, the more nooks and crannies you find and the longer the coast gets.

“Here is a question, a staple of grade-school geometry that, if you think about it, is impossible,” Mandelbrot told The New York Times in an interview earlier this year. “The length of the coastline, in a sense, is infinite.”

“Clouds are not spheres,” he once wrote, “mountains are not cones, coastlines are not circles, and bark is not smooth, nor does lightning travel in a straight line.”

Here’s to Benoît and his refusal to travel in a straight line.