Guides > Boating & Water > Paddling Against a Tide Of Plastic

Paddling Against a Tide Of Plastic 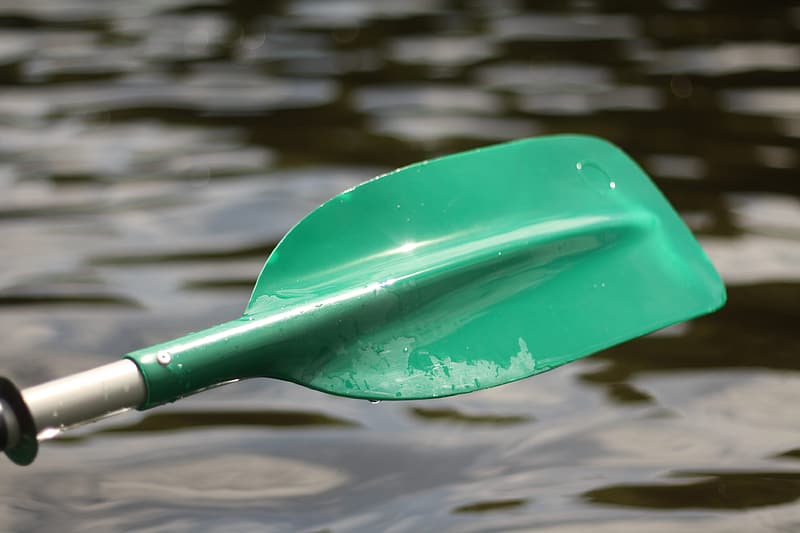 With the wind at their backs on a following sea, Morgan and Jenny surfed the swells from Maui, landing near an abandoned resort on Lanai’s eastern shore.

Not long ago, “Club Lanai” welcomed moneyed day-trippers looking for the kind of beautiful and secluded Hawaiian adventure that only disposable income could buy. Today the pier sags in the shallow waters behind a recovering reef. The clubhouse, its vacation-hued blue paint set to peeling, beaten by the sun, seems to be listlessly settling deeper and deeper into the sand, a quiet reminder of a different time.

Morgan Hoesterey and Jenny Kalmbach have so far paddled from Hawaii’s Big Island to Maui, and from Maui to Molokini and Lanai. From here they plan to paddle on to Molokai, Oahu and Kauai, the northernmost island in the chain. In all they will cover three degrees of latitude, some 200 nautical miles across the Hawaiian island chain, all on stand-up paddleboards.

It’s been done before. By Laird Hamilton and Dave Kalama in 2006. But they’re Laird and Dave. And that’s the thing about challenges: they’re personal.

If you ask either Morgan or Jenny, both accomplished athletes and paddlers, why they would paddle such extreme distances along a course that crosses at least two of the ocean’s most dangerous channels, battling wind, swell, sun and themselves, they’d smile at you and say, “Because it’s fun.” It’s what they do. But this adventure, Destination 3˚, is more about what they see.

Paddling back out from the club, Morgan sported a new green skirt fashioned from a deflated pool ring and Jenny’s board was awash in baubles: lighters, water bottles, a comb, cups, a basket, dishwasher parts, shampoo bottles, toy shovels and shards of plastic.

There had been no footprints on the beach. There were no trails leading islanders out to the shore anymore, if ever there had been. But the plastic-choked tide lines on the sand, the bags strewn in the trees and bottles floating in the surf were stinging reminders that though humans may not have touched this beach in years, our mark was all over it.

Destination 3˚ is Morgan and Jenny’s way to use a wildly popular sport to raise awareness of one of the oceans’ most pressing issues: plastics contamination. Joined by videographer Chris Aguilar, photographers Gregg Hoesterey and Shannon Switzer, and me, Jennifer Holcomb, a writer, they are paddling across Hawaii, linking the islands by the legendary waters that separate them.

We are using storytelling, both in words and images, to raise awareness for the Algalita Marine Research Foundation. Algalita’s mission is to quantify and to educate people about the impact of plastics contamination on the marine environment and by extension, the human food chain. Heady stuff. But that’s where the adventure part comes in.

Waking up to our first full day on Lanai, Manele Bay stretches out before us, just steps from our camp. “The dolphins are here!” We each whisper excitedly to wake the next person as the early blues of dawn light filter through the trees. Tents and hammocks are abandoned. We rummage around to find masks, fins, cameras and anything to pass as a swimsuit and then leave footprints in the empty sand on our way to the ocean.

From above, suspicious fins break the glassy surface roiling the water, prompting fleeting second thoughts about diving in. As we slip from our world to theirs, the early morning sounds of breezes, sand and trees give way to the clicks and whistles of a pod of spinner dolphins.

Below the water, dozens of dolphins streak past, diving and jumping, spinning around each other in an orchestrated chaos that translates clearly as joy. Slowly they move closer and closer, their curiosity outweighing their fear and soon small groups of dolphins envelope each of us, swimming alongside, watching, and if they approve of the way we dive and rise, they blow us a ring of silvery bubbles.

What we give them is far less pleasant. In the 90s this bay was so choked with plastic debris that local fishermen and residents rallied and would dive down and scoop it out by hand. Eventually, with the help of tides taking some of the mess further out to sea, they reclaimed the bay for life: theirs and those of the animals that live there.

But the plastic still blows through.

The Hawaiian Islands as seen from a NASA satellite. Lanai, in the center, near Maui and Molokai, collects shipwrecks and floating debris.

Lanai lies near the center of the Hawaiian archipelago, its western shore exposed to vastness of the Pacific. Due east is Maui, and to the north, Molokai. Strong trade winds funnel between Molokai and Maui, battering Lanai’s northeastern shore with rushing currents and blasting winds. The beach there is Kalolohia Beach, or “Shipwreck” Beach.

Described as a “beachcomber’s paradise,” the beach itself is a master collector. A concrete-hulled World War II tanker rests on Lanai’s shallow reef. Unlike most of Lanai’s wrecks, this one was dumped here on purpose, as an economical disposal option. The other ships that litter the waters, pushed astray by wind and water, were not so deliberately placed. Neither was the plastic.

Plastic is meant to last forever, yet we apply it to products designed to be used and tossed away. It will break into ever smaller bits, but never go away. The smaller the pieces become, the more appetizing they are for fish of every size, expediting their way into the human food chain.

Walking onto an uninhabited beach only to find it littered with the plastics we used every day has been one of the most galvanizing experiences of this adventure. It’s a feature all islands share.

For all the challenge of paddling across the open ocean, perhaps the biggest one we’ve all faced here has been the realization that this contamination is our own fault. Lanai did not generate the garbage; it simply receives it by way of its geographical position and its natural topography. If we did not produce the waste, it wouldn’t make its way to the ocean, or into the fish, or into our bodies.

The idea of an “ultimate challenge” takes on new meaning when faced with the prospect of cleaning up an ocean. An impossible task, for certain. But that’s what ultimate challenges are for. They’re personal.