My friend Charles Sherwood and I were all set to climb the Walker Spur, one of the classic major alpine routes of the French Alps, when the weather changed dramatically.

It was summer, but the temperature dropped from a balmy 86 degrees to 41 degrees in the valley and it snowed down to an altitude of 4,900 feet.

Plan A was scuppered so we moved on to Plan B, which I made up on the spot. “Let’s go skiing,” I told Charles.

I proposed we go ski mountaineering to be exact. We could use skis with special skins that stick to the bottoms like post it notes, and allow us to move very efficiently up hill.

I have been living and working as a Mountain Guide in Chamonix for nearly twenty years and at least once every year Charles Sherwood has managed to carve time out from his career in private equity to come out from England to climb and ski with me.

We have enjoyed some exceptional adventures, the most notable probably being an ascent of the 1938 route on the North Face of the Eiger in September 2007.

In April 2002, Charles and I, in the company of two other friends, Peter Folkman and my fellow mountain guide Bob Barton, had attempted to ski up Parrotspitze, a 14,553-foot peak close to Monte Rosa, named after Johann Jakob Friedrich Wilhelm Parrot, a German doctor and mountaineer. Due to bitter cold we had failed.

We decided to try Parrotspitze again in August 2010, not knowing it would be nearly the challenge it had been 8 years earlier.

We drove from Chamonix through the Mt Blanc Tunnel that day directly into Italy and headed down the Aosta valley, where we turned off the motorway and headed up to the beautiful village Gressoney.

Once you leave the motorway you drive up a long deep valley with towering granite cliffs thousands of feet high.

Gressoney is part of the extensive Monte Rosa ski area which stretches across three valleys encompassing the iconic off piste ski station of Alagna.

Finally, with my arms already tired from driving up endless switch backs, we arrived in the car park by the ski lift and unloaded our skis.

The Italian tourists getting off the cable car started pointing at us and made no effort to hide their smirks. A German alpinist could not resist strolling over and informing us that this was not the ski season, which had all his pals falling about laughing.

Charles and I tried to ignore them but we were feeling a little self-conscious. More so when the Punta Indren cable car reached the top station a few minutes later and we struggled out and headed over the icy glacier with our skis strapped to our rucksacks.

By this stage the Germans, who had also traveled up in the cable car, were in hysterics. It appeared they were roughly attempting the same ascent as us but with traditional summer alpine climbing equipment.

It took us about an hour to walk to the Mantova Hut where we planned to stay the night. The route required some steep rock scrambles along the way, made more difficult with skis on our packs.

As we hiked, we spied a steep, snow-filled gully at a similar elevation that we thought we might be able to ski down the next day and thus bypass the hiking route on the return journey.

The previously bare-bones Mantova hut had been renovated, and had indoor toilets and, incredibly, wireless Internet service. This meant that amongst other things we could get an accurate weather forecast before our climb the next day.

The snag was that the forecast was bad. It called for extremely strong winds and temperatures of 68 degrees – below zero. In August?! On the bright side, the forecast suggested the wind would decrease during the day.

We set off the next morning. It was windy as predicted. We walked for about 20 minutes until we found enough snow to put the skis on. Charles and I made good progress despite the wind, but as we ascended it got a much windier and colder.

Our route followed a track in the glacier, passing over various crevasses before the slope steepened and we had to pass through some intimidating seracs. We decided not to rope up because the skis spread our weight and made improbable that we would fracture the snow bridges, unlike people on foot who must be roped up for glacier travel.

We threaded our way through the seracs, a tedious job made more tedious by the wind, which had scoured the snow and made it very icy so that our skins would not grip. To make better progress we fitted our skis with metal-toothed crampons for better grip on the ice. Eventually the gradient relented but I soon found out that the wind, if anything, had gotten stronger.

Suddenly, I was picked up by a violent gust of wind and thrown to the ground. The wind blew me across the ice, towards a bottomless crevasse. Such was the force of the wind that although the ground was virtually flat I could do nothing to stop myself. Fortunately, just as the crevasse was about to consume me, I hit a patch of softer snow, got some grip into the surface and stopped myself.

I struggled to my feet. Charles eyes were on stalks. We needed to get out of the wind and fast. This is where local knowledge helped. I knew that there was a good bivouac hut on top of the Balmenhorn, which was about 20 minutes away. So we headed for that. Once there, we dug the snow away from the hut’s door, climbed inside and dove under the blankets to warm up.

We spent about 2 hours in the hut shivering under a load of grotty blankets during which the wind dropped considerably.

Eventually, we decided to brave the elements again. An hour after leaving the Balmenhorn bivy we were stashing our skis at the foot of the final ridge of the Parrotspitze.

We strapped our crampons on our ski boots and climbed up the elegant ridge to the summit. The wind had now dropped to a breeze and it was cold and clear with no heat haze in the air. To the south we could see Milan, Turin and the Italian lakes. To the north we feasted our eyes on the mountains around Zermatt, including the Matterhorn.

We spent about 10 minutes on the summit before returning to our skis, peeling the skins off and getting ready to ski back to the cable car.

Whom should we see on the way down, but the laughing Germans. They had climbed an adjacent peak, Vincent Pyramid, and were plodding down the glacier. We skied up behind them to make sure they’d see us enjoying each turn on the way to the station.

It would take us a pleasant 15 minutes to get to the base. It would take them at least 3 hours and leave them with sore knees.

“Who’s laughing now?” we shouted as we zoomed past. 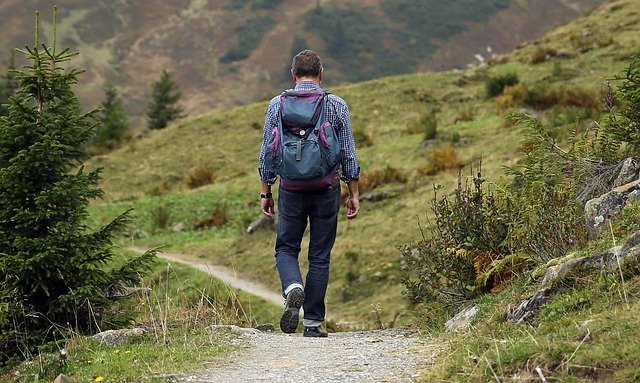 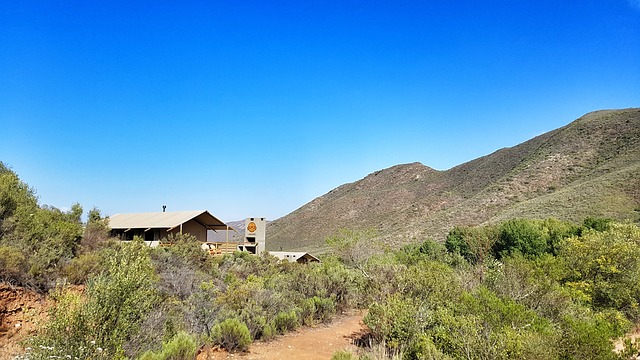