Hendrik Coetzee, a pioneering South Africa whitewater kayaker and river explorer, was killed by a crocodile while paddling last week in the Democratic Republic of Congo.

Coetzee, 35, was on an Eddie Bauer-sponsored expedition down the Lukugu River in the Central Congo with American kayakers Ben Stookesberry and Chris Korbulic.

The three paddlers were in the middle of the river when a crocodile attacked Coetze and pulled him from his kayak. He never resurfaced.

After the attack, Stookesberry and Korbulic paddled to safety and contacted the International Rescue Committee (IRC) who evacuated them from the area, according to statement from Eddie Bauer.

The team was attempting several pioneering descents in a politically unstable and war-torn region of central Africa. They had reportedly completed a first descent of the Rusizi River along the border of Rwanda, Burundi and the Democratic Republic of Congo.

Coetzee was renown as a river explorer and his feats included leading the first source-to-sea expedition of the White Nile in 2004 and solo trips down a 124-mile section of the Congo and the Murchison Falls section of the Nile, a continuous class 5 section of river filled with hippos and crocodiles.

“Hendri was without doubt one of the greatest river explorers of our time,” said Celliers Kruger, a friend of Coetze and owner of the South African kayak manufacturer, Fluid, which sponsored Coetzee. “He was also the most humble of them all. He didn’t know what self promotion is. It took me years to convince him to share some of his exploits and thoughts to the world, and I’m sure I wasn’t the only one who tried.”

Coetzee had recently started a blog to document his adventures, and in his last entry, filed on November 26, he pondered the nature of tackling risky projects.

After a near death experience on the Nile River, he wrote about balancing fear, facts and instinct:

It is hard to know the difference between irrational fear and instinct, but fortunate is he who can. Often there is no clear right or wrong option, only the safest one. And if safe was all I wanted, I would have stayed home in Jinja. Too often when trying something no one has ever done, there are only 3 likely outcome: Success, quitting, or serious injury and beyond. The difference in the three, are often forces outside of your control. But this is the nature of the beast: Risk.

Here are several photos of Coetzee in his element, courtesy of Celliers Kruger. 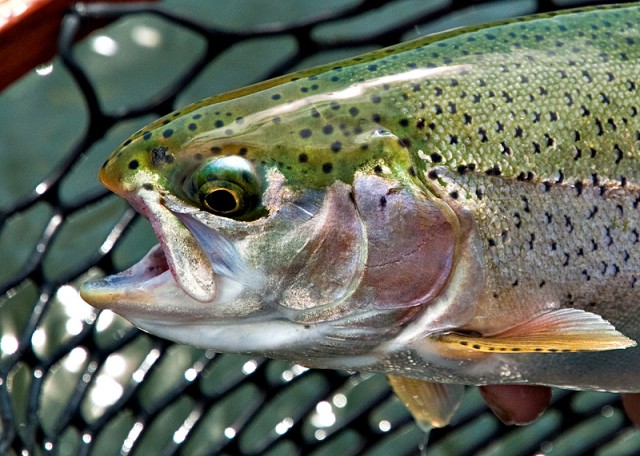